We use cookies on the site for our own business purposes including keeping track of your preferences and collecting aggregated statistics to analyse how our site is used. By using this site you agree that a cookie is stored.

Such vision issues are common for those of us who drive. In fact, in a new market research study conducted by Elke Dobisch Marketforschung, Munich, Germany, more than half of drivers from Germany, Spain and the UK surveyed indicate they encounter a variety of vision issues when driving. Few, however, speak up about them.

Over 90% of respondents agree they have been negatively affected by road glare. The same percentage holds for driving at night. In particular, women feel uncomfortable while driving in the dark. What’s striking is the high percentage of those who accept these problems and do not see any remedies. In fact, more than 40% report that they have never spoken to others (including ECPs) about their vision problems experienced when driving. In the UK, this is almost 60%. Opticians and ECP are kept in the dark along with everybody else.

Of those who have talked about it with a specialist, three quarters say they have taken the initiative themselves. Only 16% recall that they were approached by the ophthalmologist or optician for vision problems during driving. At 22%, the share is highest in the UK. Women - who are more concerned about visual problems as a whole - speak to specialists more often than men, and frequent drivers do so more often than casual drivers.

These low percentages reflect the notion that this is an area of potential business growth for vision care professionals. Specialty lens technology is there to assist drivers – drivers who are unaware their vision issues can be improved.

Who will fill the gap? Will you? 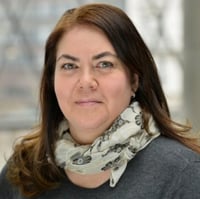 An optical, optometric and ophthalmological expert, working as a clinical specialist for Hoya Vision Care.

Get tips and facts about lenses directly to your inbox!