We use cookies on the site for our own business purposes including keeping track of your preferences and collecting aggregated statistics to analyse how our site is used. By using this site you agree that a cookie is stored.

The early 2000s will be remembered for a lot of things, but one of them is definitely the rise of social media platforms. Take Facebook, for example. While the company started up just 12 years ago in 2004, it now has almost 1.6 billion users. Social media has become extremely important, to say the least.

When it comes to eye care practices, a strong social media presence is vital for obtaining, retaining and educating patients. It’s a best practice for all the top eye care professionals. Yet, many eye care doctors these days aren’t using social media to engage with their patients. Why? They’re still relying on old marketing techniques and haven’t accepted the fact that the social media-loving millennial population is the biggest opportunity for practice growth.

We’ll be frank: the old way of marketing your practice isn’t just dead; it’s been dead for five years. So if you’re still using outbound marketing techniques—Yellow Page advertising, television commercials, radio spots and other paid ads—you’re wasting your money. You should be focusing on social media instead.

Want proof? According to HubSpot’s The Ultimate List of Marketing Statistics, “social media has a 100% higher lead-to-close rate than outbound marketing.” If one marketing technique is twice as effective as another, why wouldn’t you use it?

Millennials Are Taking Over

So why does this matter to eye care practices? Because Millennials use social media more than any other population group. According to the report mentioned above, “Millennials use social media more frequently and are even more likely to sleep near their cell phone. Three-quarters of Millennials have an account on a social networking site, compared with only half of Generation Xers and less than a third of the Baby Boomers.”

It’s no secret that word-of-mouth marketing is one of the most effective ways to raise awareness about your practice. It’s been that way in the past and continues to be effective today. The only difference is instead of seeking or giving referrals in person, many people use social media. For example, if someone is looking for the best place to find eyeglass frames, they’ll put the question out there on Facebook or look through online forums. People won’t hesitate to leave online reviews, either. But you can’t be afraid of bad reviews; you have to engage patients and use social media reviews to your advantage.

There’s a reason why the top eye care professionals today use social media to engage with patients. It’s one of the best ways to grow an eye care practice. Embracing it will pay dividends for yours. 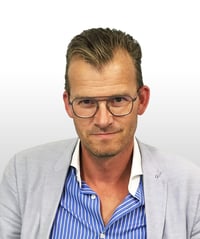 Dutch optician-optometrist who is part of the team that develop tools and systems for eye-care professionals which enhance the in-store customer experience.

There are nearly 1 billion people globally with near-vision impairment and it is estimated that 1 in 5 children wear glasses in the UK today. Children can be … END_OF_DOCUMENT_TOKEN_TO_BE_REPLACED

Is Your Eye Care Practice Ready For All Of The Changes In Mobile?

The marketing world is quickly changing and mobile devices are a big reason why. END_OF_DOCUMENT_TOKEN_TO_BE_REPLACED

Calling vs. Texting: Which Is The Best Way To Reach Your Patients?

More and more professional organizations these days are weighing the pros and cons of calling or texting their patients. Eye care practices are no different. END_OF_DOCUMENT_TOKEN_TO_BE_REPLACED